This is Part 4 in our study/devotional series “An Awkward Stance”.

Before I get started, know that I am a little concerned that we will be talking about food this entire series.  I don’t know if God is trying to minister to my love of food or what.  Oh well.  This is just where He has us at the moment.  And it really isn’t about food anyway.

I am that annoying person who walks up to the newly-married couple standing in their receiving line and asks, “So, when y’all gonna have a baby?”, as I rub my hands together anxiously.   I am that person.  I can be rather obnoxious with it.  Somebody needs to have a baby!!  I recently got the look of death from one of my friends who’d just had her fourth kiddo when I said, “So.  You’ve rested for about four hours.  That’s long enough.  Time to have another one for Auntie Deone!”  I just love babies!  Especially the chunky ones.  Oooh!  Now, let’s get something straight.  I may have the stork circling over people’s heads, but know that I am just here for the snuggles.  I will not help with the raising, feeding or cleaning.  You need someone to hug and kiss ’em?  I’m your girl.

There’s this fun couple whom I’ve pestered for years about having a baby – John and Katie.  It was constant. Every time I saw them, I was like, “So, when are you going to have a baby?  I need someone to spoil.”  Well, a few hours ago, they had their own hunk of burnin’ love.  And he is beautiful.  And chunky.  As I looked at the pictures of my new nephew, I thought about the last line from yesterday’s blog: the stand happened long before that.  It would probably help if I gave that sentence some context, so here’s the end of the blog:

There are two things I really want you to grab ahold of in the beginning of this series: ‘choice’ and ‘stand’.  Tomorrow, we’ll start digging into Daniel’s choice when it came to eating the king’s food.  Notice I said ‘choice’.  Daniel made a choice.

The stand happened long before that.

Scientists say that babies start developing their tastes for certain foods long before they ever see a bottle or a breast – some as early as the 20th week of gestation.  I’m over here cracking up as I think about how my middle child frowned the first few times I nursed her.  Like, I am not kidding.  She would make the most awful “what the heck is this mess??” face and I am sure that if she could talk then, her next taste would’ve been that of soap.  She would get a straight-up attitude with me, as if I was serving up swill.  Or Balboa Mist.  Now I know why: nine months of oatmeal creme pies, Doritos, and Filet O’Fish sandwiches would have anyone spoiled.  That’s good eatin’!  I was lightweight afraid of my daughter, if I’m honest.  I’m serious as all get out: imagine nursing your baby and when you look down at your precious cherub who is latched onto you like a piranha, she’s looking up at you like (this picture is so handy)… 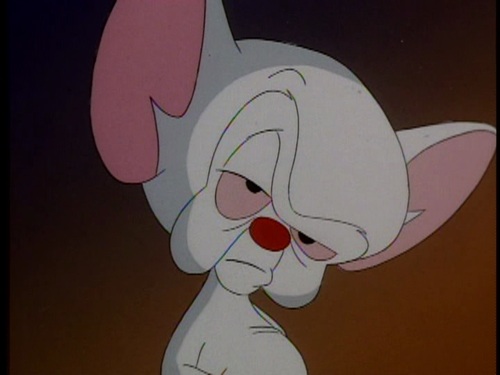 She never stopped nursing, though.  Despite her original tastes, she eventually acquired a taste for swill (Balboa Mist).

She had no other choice.

As we start reading about Daniel in the first chapter, we see that he was presented with an opportunity to make a choice of his own regarding food.  He wasn’t feelin’ what he was being served.  He said, “Naw, bruh.  I’m not eating that.”  For the moment, let’s look past the whole “presented to idols first” deal.  I know this will be hard for the bible scholars, but just go with me for about two four sentences.  This is the king’s food.  The best food in all of the land.  Choicest meats, breads, veggies, and desserts.  Nothing but the best the kingdom has to offer.  Now, you can go back to the idol deal.  See?  That wasn’t too bad.  Guess what?  Even though the food was presented to idols, it was still the choicest meats, breads, veggies, and desserts the land had to offer.  That didn’t change what it was.  So, what’s the deal, Daniel?  Why won’t you eat it?

He didn’t have a taste for it.

(By the way, I think this is technically a devotional.)