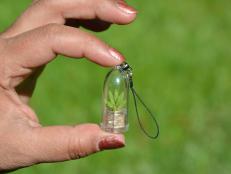 Let me quit playing and tell you about what has stuck with me from my weekend in prison.  I went to bed last night fully intending to do Part 2 of “Thursday-ish”.  I can’t.  This morning, my weekend was playing on the big screen.  I told you that being in the joint will change you.  It will.  So here we go.

I have a greater appreciation for the small stuff.  And when I say “small”, I don’t mean insignificant.  No.  I’m talking about the bits and pieces we don’t give value to because we have bigger fish to fry.  Guess what?  The little wiggly worm that was used to snag that fish matters too.  There was a woman in last weekend’s group who was developmentally-challenged.  I didn’t know who she was on the first day – which upset her, by the way – but I remembered by Day 2.   I’ll call her “Ms. C”.  I grew up with her and once I realized that, I became very sad.  Her family treated her like dog poo, and not the freshly-deposited-in-my-front-yard-and-I-don’t-even-have-a-dog kind.  My neighbor and I need to have a convo.  I just snuck in a vent.  I’m talking about dried-out dog poo.  Any abuse you can imagine was done to her.  The whole weekend, she kept looking back at me and I’d smile.  All she wanted was a smile.  I didn’t have to do too much – just smile.

If I didn’t tell you, I was the worship leader for the weekend.  I can’t remember if I already typed that.   I personally played – I had a keyboard – a lot of worship music, but I had some fun stuff on a CD.   I tried my best to play a lot of upbeat music that we could dance to because they do not get to do that in prison.  Did you hear me?  They don’t get to dance in prison.  Chile, bye.  I dance while cleaning, while making my bed, while folding the laundry, while dancing – I dance.  Never thought about how I would function if that was taken away from me.

I’m about ready to cry thinking about this.  Ms. C wanted to sing a song and asked if I would play the keyboard as she sang.  Sure, I can do that.  She didn’t even ask if I knew the song – I think she just assumed that I did.  It really wasn’t too much of a stretch to assume that I knew it because it’s the black church theme song.  Jesus On The Main Line.  When she approached the mic, the thought came to me: play it as if you were the one singing it.  So I went in.  She didn’t sing it the way I knew it was supposed to go because she added additional lyrics that had me going “What??”, but you got the point: Jesus is on the main line and you ought to tell Him what you want.  She went on and on and on and on.  I didn’t mind because I probably would’ve done it, too.  She started crying when she was done and said, “You don’t know how much that meant to me!  Thank you, Jesus!  Thank you, Jesus!”  Aww man!  I’m about to start crying again.  She was so grateful to given a chance to sing, that people were clapping as she sang, and that I played for her.

You’re praising God for that?  That was nothing.

On Friday night, I played “Unfinished” by Mandisa and “We Are Family” by someone.  It is 3 in the morning, folks.  I can’t recall everything.  We were having so much fun when someone said, “Let’s do a train!”  So we did.   I led everyone around the room, as we danced, laughed, and tried to sing.  It was so much fun.  On Saturday, I played another fun song while we were waiting to go to lunch.  It was “Happy” by Pharrell.  Now, I was not really feeling the whole “let’s do a train” thing because I was tired.  No, ma’am.  I was just going to do my little “I’m dancing in this one spot” pump-my-fist thing.  Ms. C had other ideas.  She looks at me and yells, “Everyone follow me!”  So you know what we did?  We followed her.  We danced around that room, following someone who was obviously way more excited about the whole deal than all of us combined.  Like, for real.  She squealed and clapped her hands, as she kept looking back to see if we were still following her.  At one point she said, “Y’all following me!!  Y’all following me!!  I’m going to cry!”  And she did.  She started crying, thanking Jesus that people were following her.

You’re praising God for that?  That was nothing.

God-sent gifts come in assorted sizes.  And shapes.  There is value in the tiniest of them.  In fact, they have just the same value as the biggest gift He can give.  Sometimes, even more.  It’s all about how you look at ’em.  Pay close attention to your world today.  Make note of the small things – the nothings.

1 thought on “The Nothings.”